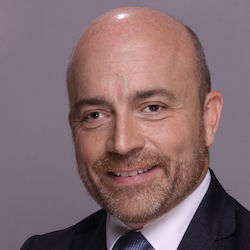 Executive Director of the Catalan Tourism Board

Patrick Torrent is graduated in Industrial Psychology for the Organizations by the University of Barcelona and Bachelor in Law by the UNED, he has formation in Marketing Management from ESADE, and in Systems Management Information by Master Associates

He has participated actively in the creation of the new Catalan Tourist Board and stimulated the definition of two Strategic Plans of Tourism in Catalonia (2005-2010 and 2013-2016). He has also coordinated the two Tourism Marketing Plans of Catalonia (2013-2016 and 2018-2022).

He was appointed Secretary of the Open University of Catalonia Foundation in 2010 and Patron from 2009 to 2011. He has been Associate Teacher at different universities and speaker and organizer of several symposiums, seminars, workshops and forums focused on tourism and its marketing.

He has been the President of NECSTouR, the Network of European Regions for Sustainable and Competitive Tourism gathering 38 Tourism Regional Authorities associated and 36 associate organizations associades, for six years 2016 – 2021.